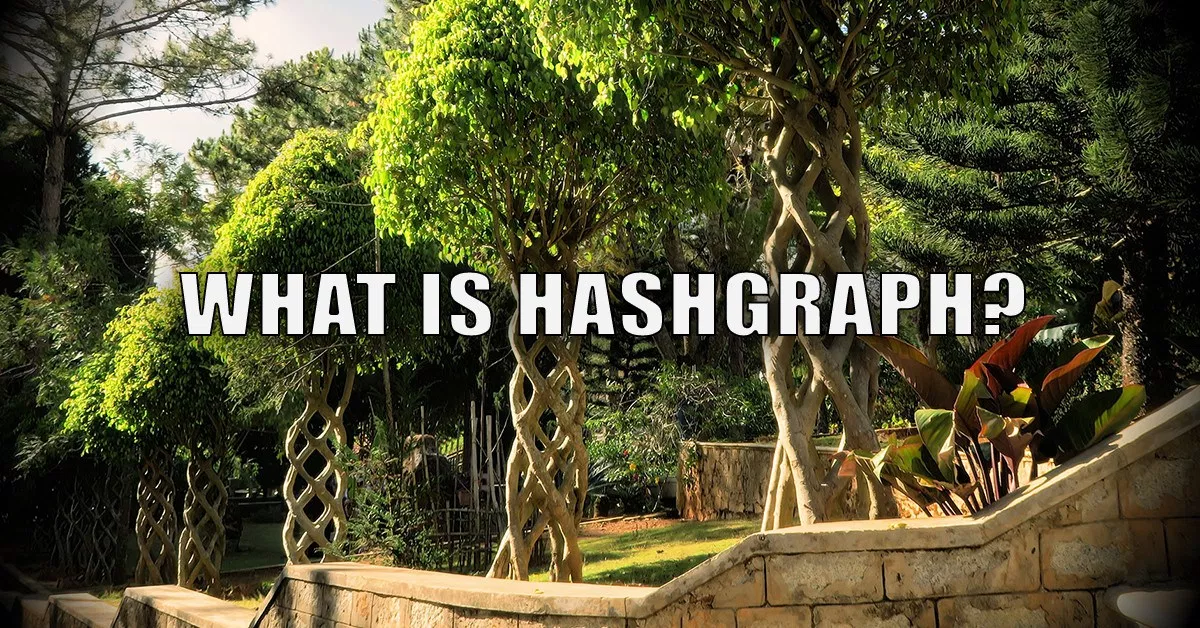 Introducing Hashgraph! What is Hashgraph? Just like Blockchain, Hashgraph is a data structure working with a decentralized protocol. Hashgraph was developed by Leemon Baird in 2016 and is the intellectual property of the Swirlds company, founded by Leemon.

Hashgraph is a system, still, in development, that is a new kind of distributable consensus. The point is to have a way for people who haven’t met or worked together in the past, to be able to validate work, collaborate on a project, and perform transactions. And, to be able to do all of this via a simple-to-use, ultra-fast, safe and secure platform, while ensuring fairness, honesty and trust.

Hashgraph is a new distributed ledger technology that can offer solutions similar to those of the blockchain but using different mechanisms to transmit information and confirm transactions within the network. It is similar to Ether that can run Dapps (various aspects of the Swirlds Hashgraph can be developed) and support smart contracts.

Hashgraph is essentially a graph in the mathematical sense of the word, held together by simple, regular hashes with no high-level cryptographic implementations, like zero-knowledge proofs, for example.

The Hedera system uses a new method of operation that is designed to empower users and developers to build a brand-new class of distribution for applications like never before seen.

Hedera Hashgraph uses a novel validation process and council to govern the work done on the network. The council is formed by different organizations, each having expertise in their specific industrial field. The members of the council will be situated in different locations and industries, and each will have expertise in their trusted markets. The governing members will elect board members and contribute their expertise to the network. Furthermore, governance terms will be used in order to guarantee that any wrongdoing will not last on the network.

Users will be able to deploy their dApps on the Hedera Hashgraph Network, and be in full control of the application. Hedera aims to provide an ecosystem that works with a completely honest and transparent database of codes.

Hedera is built on top of the permissioned hashgraph consensus platform that was used for enterprise applications and it will provide the following services:

Problems that Hashgraph Attempts to Solve

Hashgraph is super-fast and limited only by network bandwidth, meaning nodes are competing in speed to decide which transaction gets processed first. It enables “hundreds of thousands of transactions per second” with low latency, which means consensus would be reached in seconds.

Hashgraph’s consensus algorithm, asynchronous Byzantine fault tolerance (aBFT), claims to have the highest security compared to other options. In a nutshell, aBFT prevents members from stopping community consensus or changing the records after consensus is reached. It allows the network to tolerate any number of faulty nodes given that fewer than 1/3 of the nodes are attackers.

Also, it is more secure than blockchain because it provides a sense of finality when consensus is reached, instead of gaining confidence over time.

According to the white paper, there are two governance models in Hedera Hashgraph:

Council Government Model: the distributed governing body that consists of up to 39 reputable organizations across 5 continents, whose responsibility is to oversee the operation of the public platform. It is similar to the Board of Directors of a public company.

Consensus Model: the process allows anyone who wants to run a node to join the network, help maintain consensus, and be rewarded for their services. The team expects the number of nodes to grow rather quickly, eventually having millions of nodes in the network.

Hedera Hashgraph claims to keep the platform stable by using technical and legal controls to handle forking. This means that there will be no competing platforms to create confusion and uncertainty in the marketplace.

According to the official website, Hedera “offers an optional identity mechanism, [named Opt-In Escrowed Identity system] that gives you the freedom to bind verified identities to otherwise anonymous cryptocurrency wallets.” This means that Hedera enables KYC/AML compliance, which is necessary to achieve mass adoption in a time where governments continue increase regulations on cryptocurrencies.

How Does Hashgraph Work?

Hedera Hashgraph’s consensus algorithm is based on the gossip protocol and virtual voting:

Hashgraph consensus uses a gossip protocol to spread information among a network of computers (nodes) quickly and efficiently.

It enables the network to run a voting algorithm at scale without actually sending voting messages. The “gossip protocol” allows members to have a copy of the hashgraph, meaning the full picture, and history of all transactions are shared among nodes. Therefore, it allows them to “calculate a total order on the events according to any deterministic function of that hashgraph” to get the same answers. Each node can then reach an agreement on the validity of the transaction if it knows that the majority of the network witnessed that transaction happening at that particular time.

Hedera Hashgraph has its own cryptocurrency.

The token that will be used to fuel the Hedera network is going to be a completely native currency that will operate with a crypto-utility-basis and give the token stakeholders the ability to access the different distributed applications used on the platform.

The Hashgraph coin can also be used to stake and run a node like you would need while adding a CPU to the Hedera public platform. And through the process, give the network the ultimate security needed to keep the public ledger safe and secure. The expectation for the token is that it will act as a unit of digital value that is designed to help motivate users to stay responsible on the platform and have the according governance as well.

There are three associated fees on the platform that token holders need to pay, including transaction fees, node fees, and service fees for access to distributed apps.

The Hedera Hashgraph platform also uses Proof of Stake (PoS), which is proxy staking, instead of delegated PoS. Token holders can stake their cryptocurrency to a running node and be rewarded accordingly.

Hedera has raised $100M in funding from institutional and high net worth investors and is conducting an accredited investor crowdsale with the same terms as the most recent round, targeted at raising $20 million!

The price of Hashgraph was published on their official Telegram canal: “We are offering tokens at $0.12, which implies a $600m valuation based on expected 10% circulating supply in year one and $6bn based on total supply. This is the same price that our institutional investors paid and the same price paid by management and employees who invested over $10m in this round.”

The team is organizing a pre-sale for Hedera associated token through the SAFT framework, which is restricted to accredited investors (both U.S and international). No further information about the date and time has been released so far.

How to Invest in Hashgraph?

You won’t find this cryptocurrency on the shelf yet. But if you are interested in investing in hashgraph, there are two options:

Short term: it is pretty clear that the technology and team behind Hedera are fantastic and that there is huge potential of Hedera becoming a major player in the blockchain space. However, the token metrics look pretty bad and there is no information about business plans or release timing.

Long term: there is greater potential in the long term, however, success for coin-holders is totally dependent on mass-adoption from multiple projects. If there is little uptake, they won’t do well.

The minimum investment per person is $1,000 and the maximum is $250,000. Once verified as an accredited investor, you will be granted access to the SAFT and related documents. After careful review of those documents, you must review and indicate whether you can make certain legal representations to Hedera. Then you select SAFT Option A or Option B, your contribution amount, payment method (USD or Bitcoin), and electronically sign the SAFT. Finally, you will receive payment instructions on how to wire funds or send BTC.

The Hashgraph platform is using new designs to develop some of the most innovative applications in the industry. The technology and business interest are great and hype is astonishing. For those who are patient, it doesn’t get any better than Hedera Hashgraph. It’s no wonder we hear all the swirl around this crypto.