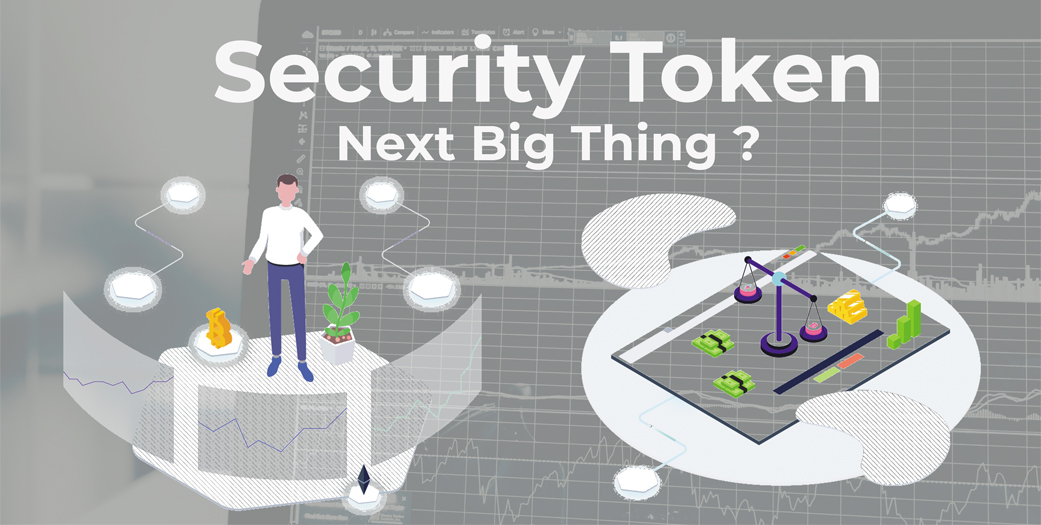 You might already know that in a typical Initial Coin Offering (ICO), tokens (or coins) are offered by a company for purchase as a form of crowdfunding. However, with a Security Token Offering (STO), it’s an upgrade where you can purchase tokens during the offering that you can then trade, sell, or hold. Moreover, security tokens are actual financial securities. So, your tokens are backed by something tangible, like assets, revenues, and/or profits of the company.

Security tokens are tied to real securities, which may represent tokenized assets. In certain cases, these tokens can represent actual equity, acting as “digital shares” of a company. Although not necessarily tied to equity in all cases, they can be used to fractionalize ownership in a variety of assets ranging from real estate to fine art. In effect, they can grant token holder an array of rights.  This may mean equity ownership, periodic dividends, cash flows, debt repayments, voting rights and more. All these rights are codified by a smart contract that governs the token.

More importantly, the nature of these tokens means they are treated very differently from a legal and regulatory perspective. Because they derive their value from actual securities, security tokens are considered investments. This also means additional regulatory and reporting requirements for the issuing entity.

STOs are crypto tokens that pass the Howey Test. These tokens usually derive value from a tradable external asset and are subject to federal securities and regulations and hence deemed as Securitized tokens.

In 1946 the Supreme Court developed a test which is used to determine whether a certain transaction is an investment contract or not. If it is, then it will be subject to securities registration requirement.

The said transaction will be called an investment contract if it fulfills the following criteria:

Even though the original Howey Tests used the term “money”, later cases expanded that to include other investments and assets other than money.

Are STO the new ICO?

The SEC and FINMA have broken down tokens into two broad categories: 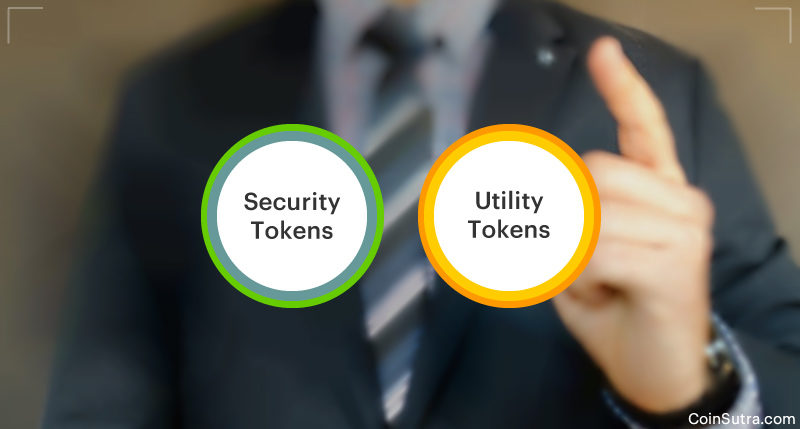 Because most of the ICOs are investment opportunities in the company itself, most tokens qualify as securities. However, if the token doesn’t qualify according to the Howey test, then it classifies as utility tokens. These tokens simply provide users with a product and/or service. Think of them like gateway tokens.

As Jeremy Epstein, the CEO of Never Stop Marketing, explains, Utility tokens can:

Since there is an upper cap on the maximum token availability, the value of the tokens may go up because of the supply-demand equation.

However, if all the regulations are properly met, then these tokens have immensely powerful use-cases.

Why are Security Tokens Important?

As of right now, the ICO space is a little dicey, to say the least. There is a real deficit of accountability in the space because of a lack of regulation for utility tokens. In order for the ICO space to regain some credibility, it should make sense to somehow amalgamate the crypto space and the legacy finance space together.

Traditional financial transactions can be a little expensive because of all the fees associated with the middlemen like bankers. Security tokens remove the need for middlemen which reduces fees. In the future, smart contracts may reduce the complexity, costs, and paper works.

Traditional finance institutions have a lot of middlemen involved which simply increases the execution time. By removing these middlemen, securities allow for faster execution time for successful issuance of security tokens. Because of this increased speed, the security tokens are bound to become attractive investments.

Investment transactions today are extremely localized. Well, by using security tokens, creators can market their deals to anyone on the internet. This exposure to free market helps in increasing asset valuation.

Since creators can now present their deals to anyone on the internet, the investor base increases exponentially. This is another huge incentive for creators.

In the future, security token projects will use smart contracts which will automate service provider functions through software. These functions are currently provided by players such as lawyers which add on to the potential middlemen involved in the project.

Because the number of middlemen decreases drastically, the chances of corruption and manipulation by financial institutions decrease drastically as well and may even be removed from the investment process.

Polymath is providing the technical and legal solutions for securitizing your stocks, bonds or other assets on a blockchain. They call themselves ‘Ethereum of security tokens’ and creat a one-stop shop for all things concerning security tokens. Polymath has introduced concepts on its platform such as KYC Identity Aware tokens and liquidity for private entities, and it allows for the creation of security tokens within minutes.

They also have their own ST-20 token standard to issue new tokens and also their native smart contracts.

The Polymath team appears to be solid, with diverse experience in the tech space, crypto world & financial sector.  They have chosen a great advisory panel as well, including some very accomplished individuals in the crypto space.  On top of this, they’ve partnered with tZERO (marketplace/exchange), SelfKey (ID on blockchain) & CrowfundX (digital AI for marketing).

On Swarm, users can tokenize real-world assets based on their SRC20 protocol, which is a token and smart contract standard for securities issued on the platform. The protocol has put in place a set of rules issuers must adhere to before they can launch their tokenized security.

Examples of assets that can be tokenized through Swarm are real estate, renewables, agriculture, tech companies, and many more.

The WRC-20 protocol already includes features such as ownership representation, voting procedures, automated dividends, revenue streams, and regulatory compliant trading. It is expected to allow for many more features to be incorporated in the protocol, and thus in the security tokens launched through Swarm.

SRC20 security tokens can do following things but are not limited to:

And just like many other platforms Swarm has its native token called SWM to facilitate economic activities on Swarm platform.

Tokeny is aiming to bring liquidity to the best investment opportunities in the form of security tokens, and the platform is designed to support clients in all aspects of launching them: sale of the tokens, full management of the tokens while they are live, and all technicalities concerning smart contracts, tokens, and regulatory compliance so the projects can focus on their core business.

The Luxembourg-based security token platform will also support the launch of utility tokens, which is a USP of the project in regards to its competitors.

The core focus of Tokeny is to bring institutional-grade solutions to the token security space. It has, for example, incorporated a bank-grade KYC procedure.

The company provides several services including establishing the legal and regulatory readiness of the issuers and their legal team, streamlining investor registration in compliance with KYC/AML accreditation or other legal requirements, customizing smart contracts to match issuers’ unique requirements and security token data throughout the lifetime of the security. Spun out of SPiCE VC, the platform has secured commitments from companies running ICOs in aggregate of $500 million.

Securitize does this through their DS protocol that works with DS tokens. DS tokens are nothing but ERC-20 compliant tokens that also implements the additional hooks required by the DS Protocol.

Perhaps the most interesting aspect of the new protocol is its ability to integrate third-party applications running on the Ethereum blockchain. This will enable companies to build their own clients to enhance user-interface, and could open the door to third-party developers being incentivized to create new and exciting developments within the growing sector.

Additionally, the protocol will integrate several new capabilities for stakeholders. The first among these is a trust service, which would enable clients to authorize other applications or exchanges to use existing issuance protocols.

A registry service will make registration information available throughout the lifecycle of the coin, regardless of the stage of interaction.

Lottery.com, formerly AutoLotto, is a mobile lottery service. The company intends to utilize blockchain technology to enhance its services through instant payouts, transparency, flexibility, and expansion across international markets. The company is nearing the close of the private sale of its STO, rumored to be in the nine-figure range. This securitized token produces a financial yield to token holders based on gross raffle sales. Securitize and Cashbet have partnered with Lottery.com to help bring the offering to the market.

Through the use of Blockchain technology, the company hopes to improve its services by expanding across international markets, enabling instant payments, and increasing transparency and flexibility.

The company’s private token sale is about to come to an end, and rumor has it that the STO could be in the nine-figure range. Holders of this securitized token will receive financial yields depending on the gross raffle sales.

Sia is a peer-to-peer cloud storage platform based on Blockchain technology. The platform allows hosts to lease out their storage capacity to renters.

The renters and the hosts use Siacoins, one of the tokens utilized by Sia, as a medium of exchange for execution of deals. The other token used on Sia is Siafunds.

Both the renters and the hosts pay network fees to the platform. These fees amount to about 3.9% of the total spending. Siafunds receives a proportional amount of these fees.

Out of the total 10,000 Siafunds, the operating company of Sia platform (Nebulous) is offering 750 as a reg D security token. This is an example of a dual token or “two-tier” issuance that is both a utility and security token.

With the arrival of the security token offering (STO), the crypto space is beginning to reach an uncharted level of legitimacy in the financial community. We are about to witness perhaps even more disruption in markets and society than we’ve been promised.

Some evangelists argue that these securities will gain so much popularity in the coming days that they will completely replace traditional stock exchanges and OTC markets.