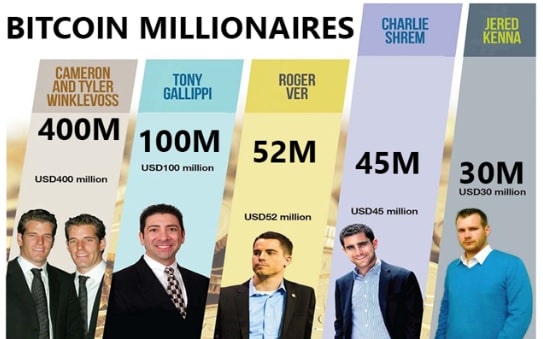 Have you ever regretted not buying BitCoin when it has just rocked the world? Everyone could be one of the millions of people who own Bitcoin today and earn on crypto trading or its rate growth. However, there is one person whose BitCoinbuy amount has beaten all the records and he remains the largest holder of Bitcoin.

You will agree that many people managed to get awesome profits thanks to this cryptocurrency, but still there are people whose BitCoin wallets feature sums with several figures by the comma.

Look: this article will tell you who are those lucky guys whose Bitcoin wallets serve as a boost to become a crypto coin holder too.

Who is the Worlds Largest Holder of Bitcoin?

It will come as no surprise to people who know the name of Satoshi Nakamoto that this is exactly the person whose Bitcoin amounts are estimated as the largest on the globe.

Satoshi Nakamoto is a person or even a group of people who are considered to be the founders of BitCoin and ones to get rich off Bitcoin too. Nobody knows exactly whether this person exists in reality or this name was invented by a group of developers who have worked on the project of BitCoin cryptocurrency, but this person owns a crypto wallet with unbelievable amounts. It is impossible to tell the exact holdings of this anonymous person but they do exceed 900,000 HTC which is estimated at $4.7 billion. Naturally, BitCoin price fluctuations allow supposing only an approximate amount of holdings. With the total market capitalization of about $100 billion in 2019, almost 5% of the world’s Bitcoin volume belongs to Satoshi Nakamoto.

There are many people who got rich from bitcoin on our planet, but only some of them claim to become millionaires thanks to this crypto coin. According to personal portfolios of BitCoin investors, we are aware of the facts that Roger Ver estimates his BitCoin worth at $52 million, Charlie Shrem at $45 million, and Dave Carlson at $35 million. It is also worth mentioning The Federal Bureau of Investigation which owns about 1.5% of the total BitCoin cap according to the federal government data.

It was possible to mention many people who have got wealthy thanks to Bitcoin in this paragraph but the largest investment in BitCoin has made Tyler and Cameron Winklevoss, twin brothers, the richest people who claim to own 1% of the total Bitcoin cap. 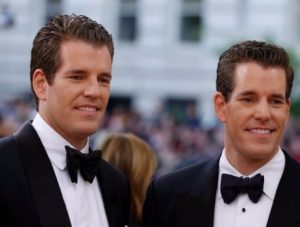 These brothers have become famous for winning a Facebook lawsuit and settling all this money in BitCoin. In 2013, they purchased Bitcoin holdings for $11 million and now they are considered to be billionaires with the worth over $400 million according to Forbes. 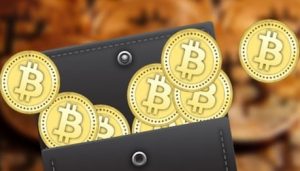 The main benefit of BitCoin wallets is their confidentiality. Nobody knows exactly who one or another crypto wallet belongs to. You may wonder how some people who hit a millionaire line in BitCoin have become known to the public. In fact, it is a widely known fact that the US government makes its citizens show their gains received from other sources and over 800 people did that. Moreover, many BitCoin owners like to provide their holdings or profits received thanks to them in their portfolios. Consequently, you cannot learn who are the holders of the richest Bitcoin addresses, but it is known for sure that 34.8% of the BTC is stored on 1,000 wallets and their top five looks as follows:

BitCoin has become a trump card for many early investors since its significant growth in price made many of them prosperous people. However, looking at the richest Bitcoin wallets, it is possible to suppose that they do not keep all their savings in Bitcoin. Many of these people continue to develop the blockchain industry and cryptocurrency, in particular, being grateful to this coin for such a success.